The British Columbia Lottery Corporation (BCLC) has announced that it will be expanding the reach of its PlayNow.com online gambling platform into the Canadian province of Saskatchewan. ©james_nagarbaul/Pixabay

The company responsible for all lottery operations in the Canadian province of British Columbia, The British Columbia Lottery Corporation (BCLC), has announced that it will be expanding the reach of its PlayNow.com online gambling platform into the province of Saskatchewan.

The news of PlayNow.com’s expansion into British Columbia comes as a result of a deal recently struck between PlayNow.com and both the Saskatchewan Indian Gaming Authority (SIGA) and SaskGaming.

The British Columbia Lottery Corporation’s (BCLC) PlayNow.com platform will provide players located in the province of Saskatchewan with access to over 400 casino, live casino, poker, and sports betting products. Last year in 2021, the Saskatchewan Indian Gaming Authority (SIGA) launched a request for proposal process, which its deal with PlayNow.com and SaskGaming was clearly a result of.

Commenting on the news of the British Columbia Lottery Corporation (BCLC) launching its PlayNow.com platform in the province of Saskatchewan, BCLC interim president and chief executive Lynda Cavanaugh credited the partnership between PlayNow.com, the Saskatchewan Indian Gaming Authority (SIGA), and SaskGaming as evidence of the strength of Canada’s legal gambling industry:

“This partnership reinforces the confidence the legal gambling industry has in BCLC, and our leadership in providing players with entertaining and engaging gambling experiences through our safe and secure online platform, PlayNow.com.”– Lynda Cavanaugh, Interim President and Chief Executive, British Columbia Lottery Corporation (BCLC), Press Release

Cavanaugh went onto note the importance of the platform’s player-health specialists, who are at the disposal of players in order to ensure that safer gambling is being practiced online:

“In addition to an innovative suite of online casino and sports-betting products, BCLC’s PlayNow.com is the only gambling website in North America and one of few in the world that offers dedicated player-health specialists – known as GameSense Advisors – via live chat. This is just one way that BCLC supports safer play online.”

Thanks to the imminent launch of PlayNow.com in Saskatchewan, the British Columbia Lottery Corporation’s platform will now be accessible in three provinces in Canada. The platform’s initial launch was, naturally, in British Columbia in 2004, with a further launch in partnership with Manitoba Liquor and Lotteries taking place in the province of Manitoba in 2013.

Net income generated from the British Columbia lottery, including from PlayNow.com, is invested back into the Province of British Columbia to help fund healthcare, education and community programs.

In recent British Columbia Lottery Corporation (BCLC) news, the provincial lottery operator revealed back in January 2022 that its chief executive and president Jim Lightbody had stepped down from the company in December 2021, following a two-year period of medical leave.

After he received a cancer diagnosis in 2019, Lightbody went on medical leave in September of the same year. He has now left both roles but still officially remains on medical leave from the British Columbia Lottery Corporation (BCLC).

Following Lightbody’s departure, the BCLC launched a global recruitment search in order to find a suitable permanent replacement for the previous executive and president, who first joined the company all the way back in 2001.

Lynda Cavanaugh, who has actually served as both interim president and chief executive since January 2021 and still remains in the position today, will serve on a temporary basis until a permanent appointment is finalized.

Jim Lightbody thanked all his colleagues for their support in his departing statement:

“I would like to thank everyone for their support, it has been truly humbling. It was an honour to be BCLC’s CEO; however, it’s time for someone else to lead the company as I look forward to my next chapter.”– Jim Lightbody, Former Chief Executive and President, British Columbia Lottery Corporation (BCLC), Press Release

Board chair of the BCLC, Greg Moore, took the opportunity to praise Lightbody’s leadership, before wishing him a quick recovery:

“Known for his strong leadership that focuses on people and an entrepreneurship approach to business, Jim has made countless contributions to BCLC – and its employees – through the course of his career with the organization. On behalf of the board of directors and everyone at BCLC, we wish him the very best as he continues his road to recovery.”

LeoVegas Approved for Launch in Ontario in March 2022

LeoVegas had still yet to enter into an operating agreement with iGaming Ontario at the time of the announcement, which it needed to do in order to be able to launch when the regulated market opened on April 4th, 2022.

The operator’s launch in Ontario falls in line with its ambitions to keep expanding into North America, with chief executive Gustaf Hagman noting its already-established presence in Canada:

“Over recent years, the LeoVegas brand has become the third most well-known casino brand in the Canadian market and Royal Panda has shown strong growth – a clear sign that the mobile gaming experience we offer is appreciated by North American customers.” 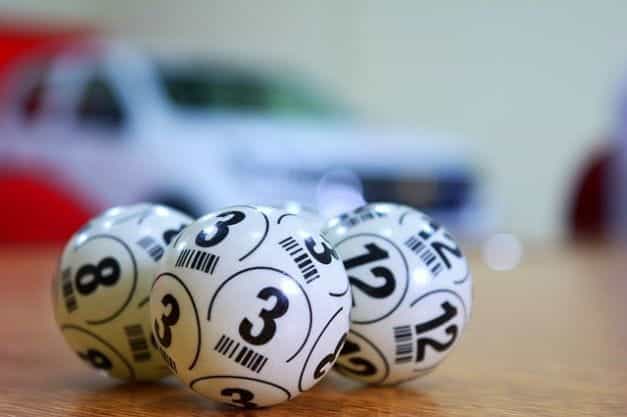