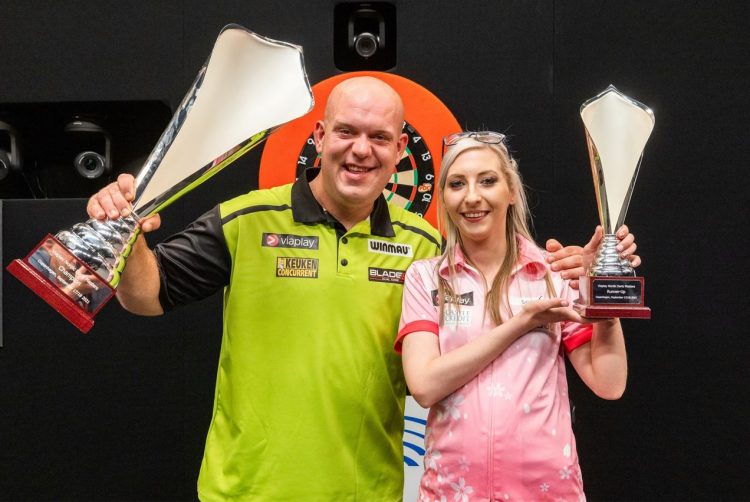 The Professional Darts Corporation has announced the names of six professional players that will compete in all 2022 World Series of Darts tournaments. The series will visit five countries and encompass seven events. The grand final will take place in Amsterdam. The action begins on June 3 when the US Masters will be staged in the Hulu Theater beneath New York’s famous Madison Square Garden Arena. 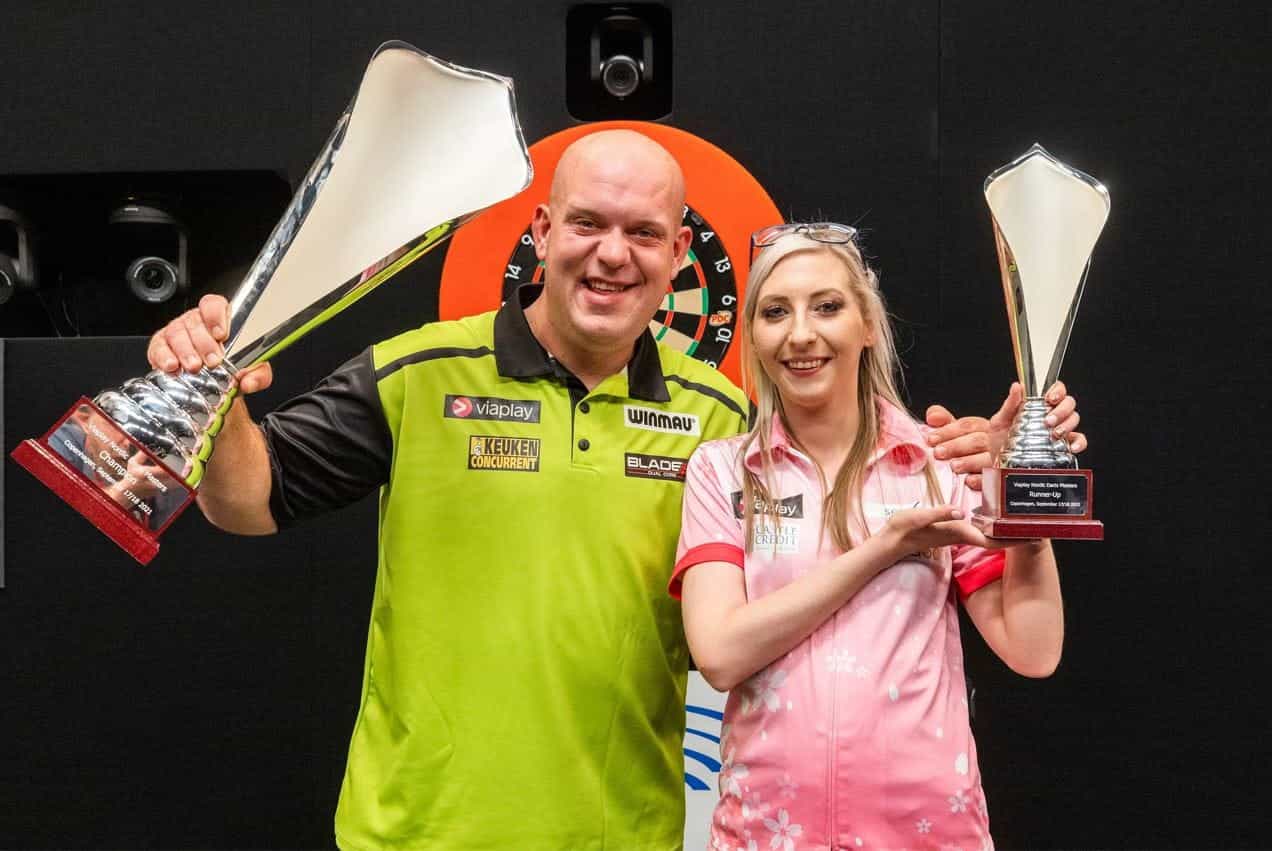 Michael van Gerwen beat Fallon Sherrock in the final of the 2021 Nordic Masters. Both will contest the World Series of Darts tour event again this year. ©PDC

The competitions are open to eight recognized PDC professionals. The additional two spots have been allocated as follows: Two-time World Champion Gary Anderson and Premier League champion Jonny Clayton will compete in the US Darts Masters.

Australian stars Damon Heta, Simon Whitlock and Gordon Mathers will compete in that August treble-header, with qualifying events to be staged in Australia and New Zealand to complete the field of regional representatives.

In all World Series events, each competition features eight PDC stars taking on eight regional representatives in the first round. The second day of action then sees the remaining eight players face off for the title in a knockout format. Following the six global events, Amsterdam will host the World Series of Darts Finals between September 16 and 18.

Michael van Gerwen is the most successful World Series of Darts player by some considerable margin. The 32-year-old has played in 40 events taking 17 titles and finishing runner-up on seven occasions. Unsurprisingly, the best darts betting sites are likely to make him favorite for every 2022 World Series competition. Gary Anderson has won six of the 35 World Series events he has contested. Peter Wright is three-from-41.

With commitments in the Premier League, the Dutchman, Peter Wright and Gerwyn Price have a potentially hectic June schedule. New York and Copenhagen World Series events may be punctuated by a week, but the Premier League stages its semi-final and just finals 48 hours after the Nordic event in Berlin. 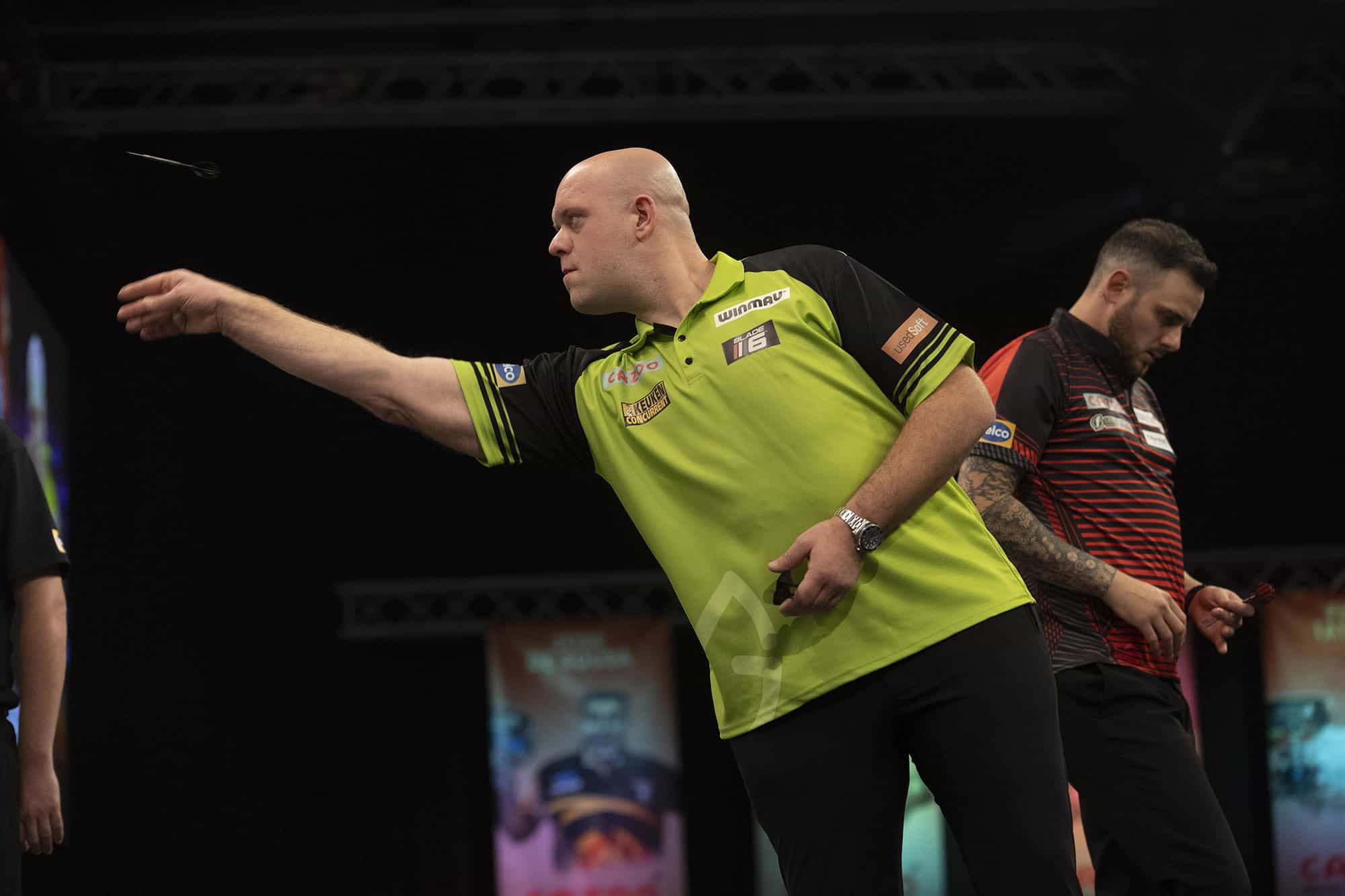