To many, warmer weather and the clocks moving forward means just one thing – Turf’s flat racing season is about to begin! Indeed, the action gets underway this Saturday at Doncaster when the Brocklesby Stakes signals the start of the action. 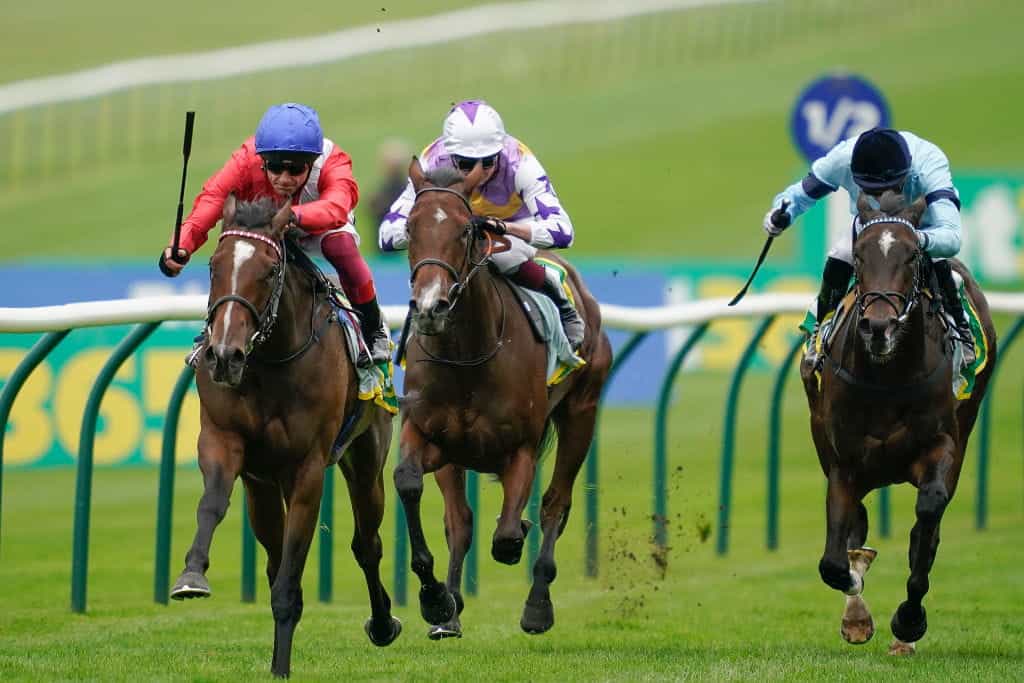 Frankie Dettori rode Inspiral to victory in October’s Bet365 Fillies’ Mile. The success sent her to the top of the 1000 Guineas betting lists. ©GettyImages

The first of the season’s classic races are just five weeks away. There are 56 colts entered in Newmarket’s Qipco 2000 Guineas. 51 fillies are listed in the Qipco 1000 Guineas set to be staged the following day – May 1st.

Do O’Brien and Coolmore Hold the 1000 Guineas Ace?

The 1000 Guineas has been monopolized by the ownership trio of John Magnier, Michael Tabor and Derrick Smith – better known as the Coolmore Partnership – for the past decade.

Horses in their ownership have won this contest seven times. Six of those winners were trained by Ireland’s Aidan O’Brien.

Suffice to say, when trying to identify the 2022 1000 Guineas winner many will arrive at Tenebrism or Tuesday. These are just two of the eight entries currently representing the trainer.

The former won the Group 1 Cheveley Park Stakes at Newmarket in September. The latter was narrowly beaten on her only start. However, she is a highly regarded full-sister to the 2016 1000 Guineas winner, Minding.

Favorites Have a Poor 1000 Guineas Record

But the big-race favorite is Bet365 Fillies’ Mile winner, Inspiral. Trained by John Gosden and unbeaten in all four career starts, this filly races in the same colors as recent Gold Cup winner A Plus Tard. She is a speedy daughter of the legendary Frankel.

Unafraid to pinpoint a big-priced runner, our 1000 Guineas recommendation is Zellie. She is a French-trained three-year-old and, from a handful of 1000 Guineas winners, French fillies have an outstanding record in this contest.

Her trainer, Andre Fabre, took this race in 2014. Fellow French trainers Criquette Head-Maarek and Pascal Barry won the fillies classic in 2010 and 2008.

This race has thrown up some brilliant 1000 Guineas winners such as Finsceal Beo, Salsabil and Shadayid.

The best online betting sites currently quote Zellie, a four-time winner, at 25/1. It is a mouthwatering each-way price.

Can an American Bomb Land on Newmarket?

Of the 56 entries in the Qipco 2000 Guineas, 17 are Irish-trained, two are stabled in France and one comes from the USA. It is the American representative, Tiz The Bomb, that raises eyebrows.

This colt won the Kentucky Downs Juvenile Mile Stakes and then took the Grade-2 Castle & Key Bourbon Stakes at Keenland ahead of 13 rivals.

Both races were on the turf as was the final race of his two-year-old career – the Breeders’ Cup Juvenile Turf. Possibly given too much to do from a position at the rear of the field, Tiz The Bomb produced a whirlwind finish to take second in the Grade 1 championship race. 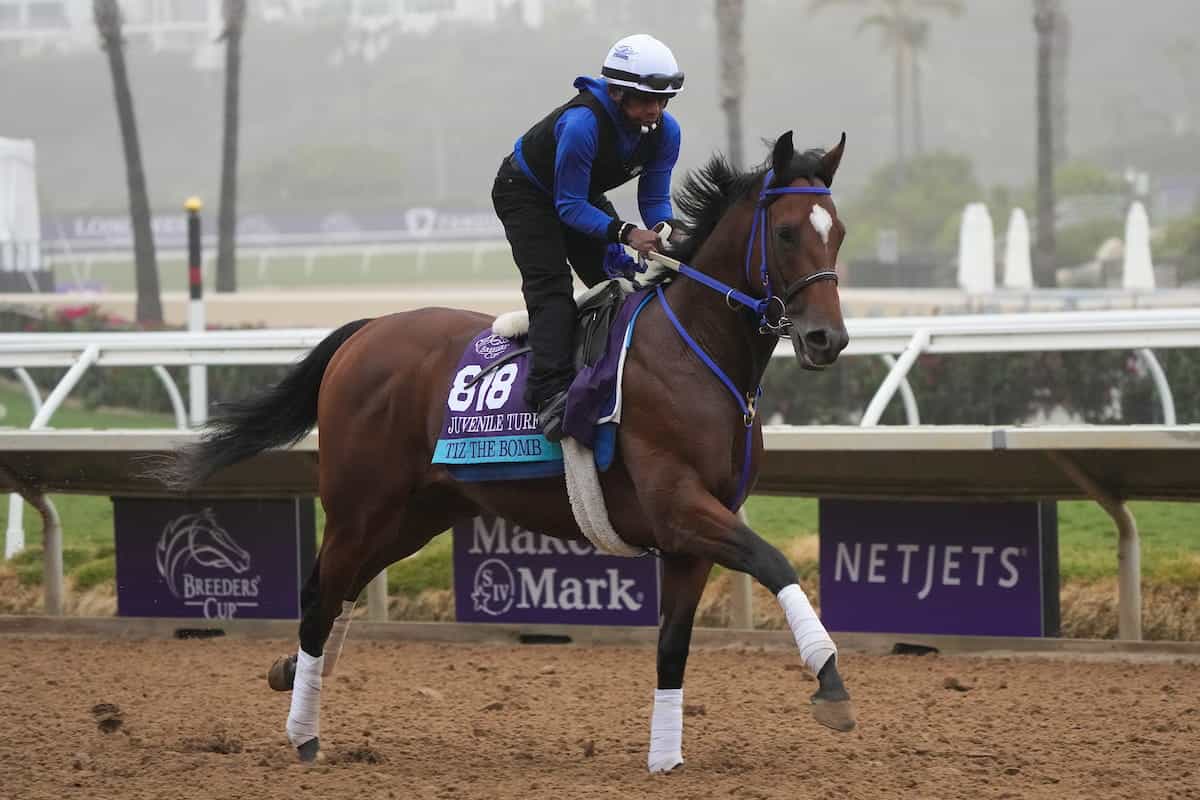 Tiz The Bomb during morning exercise prior to his second-placed finish in the 2021 Breeders’ Cup Juvenile Turf. ©Shamela Hanley/Breeders’ Cup/Eclipse Sportswire

McPeek’s Last Visit Resulted in a Near Miss

Confirming he had retained his ability entering his three-year-old career, Tiz The Bomb accounted for 11 opponents in a valuable Turfway Park conditions contest carrying top-weight on March 6th.

With this curriculum vitae, Tiz The Bomb would doubtlessly be trading at the top of the betting lists if trained by Aidan O’Brien or hailing from another leading European yard.

He is not. He is trained by multiple stakes-race winner Kenny McPeek. The handler, possibly best known for winning the 2022 Preakness Stakes with Swiss Skydiver, has also entered Tiz The Bomb in the Epsom Derby.

Older readers will recall, in 2004 the trainer brought Hard Buck to Ascot for the King George VI & Queen Elizabeth Diamond Stakes. An unconsidered 33/1 shot, the Brazilian-bred racehorse finished a gallant second in the contest.

America Has Won a 2000 Guineas Before

The history books indicate at least 50 years have passed since an American-trained horse made an attempt on the 2000 Guineas.

Similarly, they suggest only once has an American horse contested the Irish 2000 Guineas. That was in 1991 when Fourstars Allstar duly took the prize back to North America.

With lofty ambitions, proven to know what is required to tackle the best Europe has to offer, and a very talented racehorse, McPeek’s decision to bring the colt to Newmarket must be respected.

The best horse racing betting sites are quoting 33/1 about a Tiz The Bomb 2000 Guineas victory. It is another sound each-way ante-post investment. 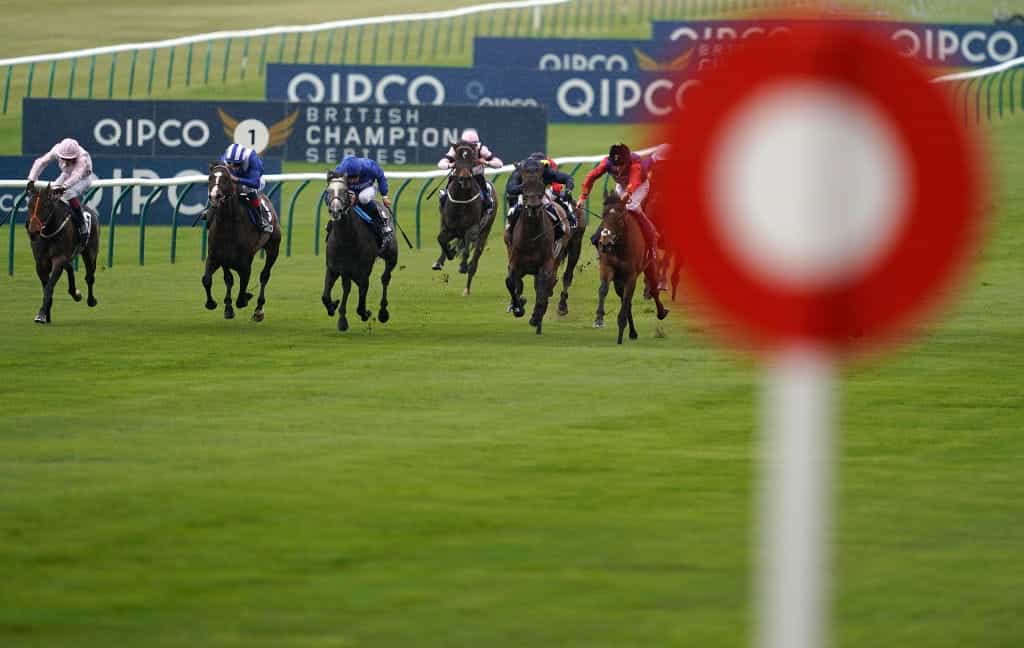