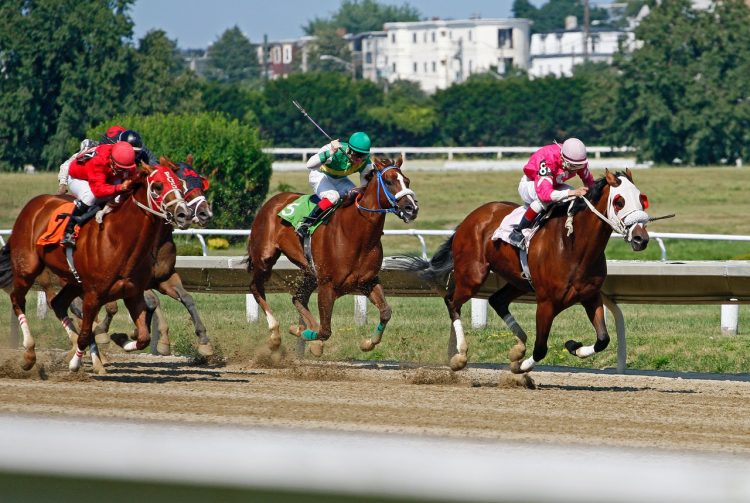 Leading gambling software company Playtech has teamed up with Betfred to release an innovative new online bingo product. “Giddy Up Bingo” offers a thrilling twist on the classic 50-ball game. It follows the signing of a partnership with the Jockey Club to produce a range of new content, as well as the publication of strong financial results for 2021. 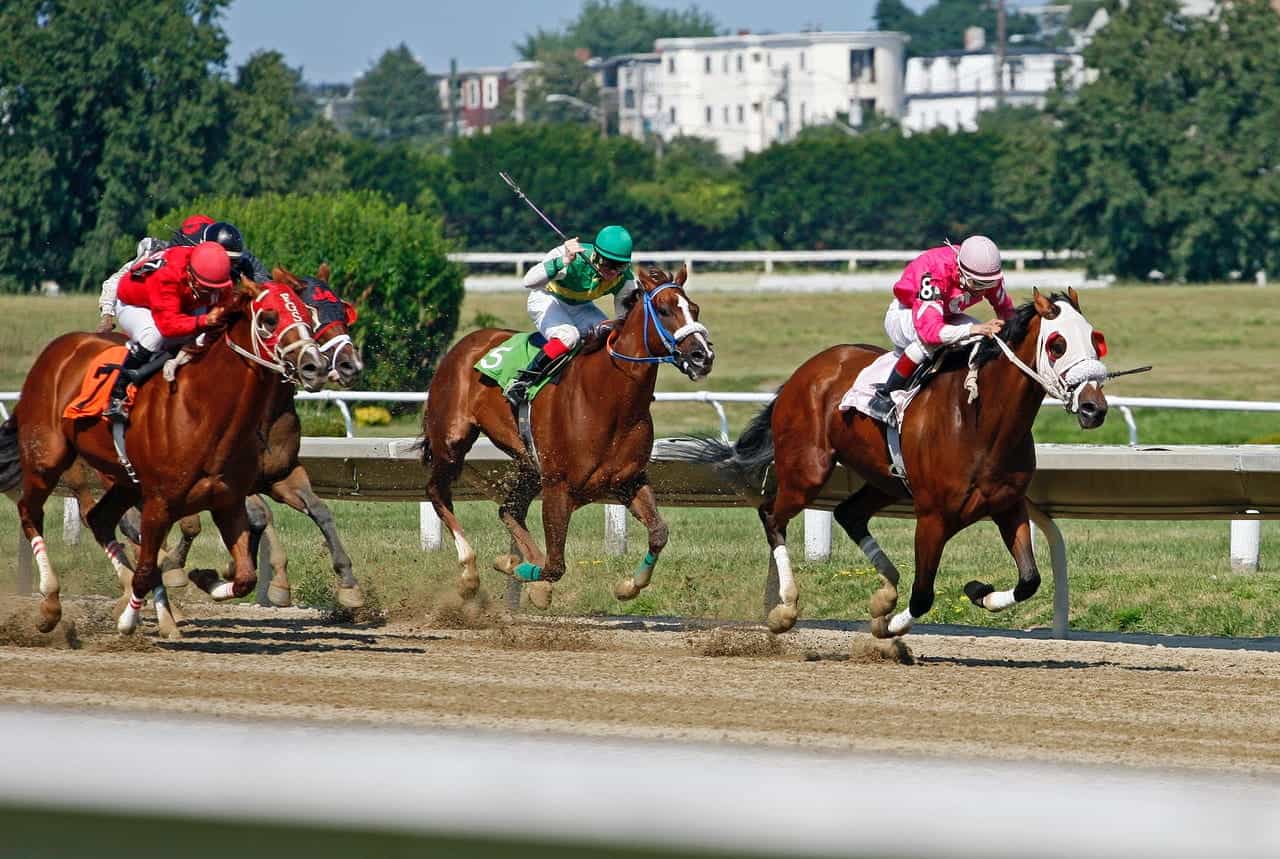 Continuing a successful partnership, Playtech and Betfred have unveiled their latest collaboration. “Giddy Up Bingo” has been described as a 50-ball, multi-stake bingo variant. The exciting new game has been given a horse-racing theme, as players are given the option to choose one of four jockeys.

Each jockey represents a different ticket price, with the rewards rising in line with stakes. As part of the developers’ refreshing take on the popular favorite, the traditional bingo balls have been replaced by numbered horses and jockeys. As the numbers are called out, the horses gallop off the screen.

Upping the ante even further, the creators have even included a progressive community jackpot. Bingo Manager at Betfred, Joni Keelings, was thrilled to be able to announce the new title on behalf of the betting and gaming firm. According to Keelings, the game’s launch has already been met with a highly positive reaction from players.

She also spoke positively about the opportunity to work with Playtech. The software development company is a leading force in global gambling industry, and is listed on both the London Stock Exchange and the FTSE 250 Index. Playtech and Betfred have been working together to produce innovative games like “Giddy Up Bingo” for more than ten years.

In 2020, Playtech opted to reinforce that relationship by extending the partnership for another four years. Included in that deal was the extension of Betfred’s dedicated Live Casino space. Director of Digital Bingo at Playtech, Angus Nisbet was also pleased with latest results to come out of the partnership.

Nisbet praised the group’s development team for the excellent work in creating the bingo variant. He described the game’s visual appeal and versatility, and expressed hopes that it would attract new players as well as more experienced bingo fans.

“Giddy Up Bingo”, which will be made available exclusively to Betfred players, lands as the British racing season gets into full swing. The world-famous Cheltenham Festival drew to a close on March 18th, as Rachael Blackmore became the first female jockey to win the Gold Cup on A Plus Tard. Still to come on the racing calendar are the Grand National at Aintree, the Epsom Derby and the Royal Ascot.

Playtech’s brand new bingo offering follows another foray into the world of horse racing earlier this year. In February, the gambling tech firm signed a deal with the Jockey Club to develop a range of cross-product content. Over the course of a five-year partnership, Playtech will build on the Jockey Club’s famous races and venues to create exciting new products.

“We are delighted to partner with Playtech, whose industry leading software and expertise will help translate the success of our historic brands into the iGaming market for the first time. Playtech also share our values on putting safer gambling at the heart of their products.”

The Jockey Club represents the largest commercial group in British horseracing. Amongst its fifteen prestigious racecourses are Aintree, Cheltenham and Epsom Downs. Horseracing is the second-biggest spectator sport in the UK, and attracts fans from around the world. In addition to its racecourses, the Jockey Club also operates The National Stud and its charity, Racing Welfare.

Speaking on behalf of the operator, Casino Director James Frendo said that Playtech is committed to developing the most engaging branded content. Through its new partnership with the iconic Jockey Club, it will be able to create range of content that is both exciting and unique. Partnering with recognized brands is a key element of Playtech’s branded content strategy, and will help it to deliver the most engaging experiences to its customers.

Earlier this March, Playtech reported that its annual earnings had increased by 25%. Its adjusted earnings came in at £265 million, exceeding expectations for the year. The strong results were led by its online B2B business, bolstered further by growth in the Latin American market. In B2C, Snaitech continued to outperform the market, becoming the top brand across sports betting and retail in Italy.

Playtech’s corporate governance has been strengthened by the addition of Brian Mattingley, who is now Chairman. The operator’s Sustainable Success strategy also places environmental, social and governance factors at the heart of Playtech’s business. Overall, the financial results for the year ending December 31st 2021 show a positive story.

However, the London-listed firm warned investors that disruption to its operations in Ukraine could mean that it has to write off some assets. Playtech employs more than 700 staff in Ukraine, and it has already suspended its business in Russia. Playtech CEO Mor Weizer commented on the matter, telling investors:

“I must reserve a special mention for our Ukrainian colleagues, and all our other employees who volunteer their personal time to provide extra support for the team in this extremely difficult time. It makes me very proud to be at the helm of this company.”

Weizer added that while the macro-economic picture remains uncertain, 2022 has got off to a strong start. With business showing continued performance, Playtech is optimistic that it will be able to continue to deliver against its strategy. It has successfully navigated the worst of the difficulties posed by the COVID-19 pandemic, although more issues could to still be to come as regulatory changes are set to be introduced in the UK.

Alongside its financial results, Playtech revealed that it is still in talks with the Asian TTB investor group over a potential takeover proposal. In February, shareholders rejected a £2.1 billion offer from Australia’s Aristocrat Leisure, and the offer lapsed shortly afterwards. 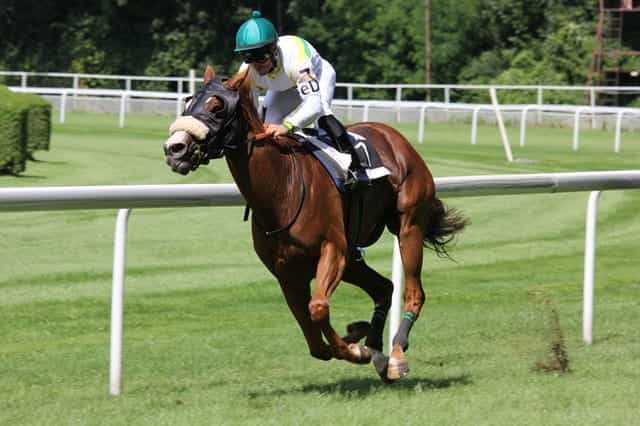