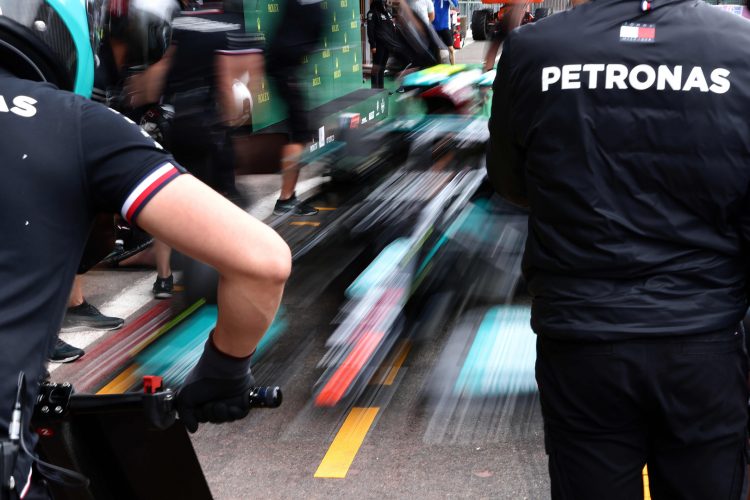 Following a four-week hiatus, Formula 1 is back this weekend. The action comes from Belgium’s breathtaking seven-kilometer circuit, Spa-Francorchamps. Max Verstappen would appear to have an unassailable lead in the World Drivers’ Championship standings. The Red Bull driver is even-money to add an additional 25 points to his season’s tally by winning for the ninth time in 2022 this Sunday.

The second favorite for Sunday’s race is Ferrari’s, Charles Leclerc. The 24-year-old Monegasque driver trails Verstappen by 80 points in the World Championship standings. He still sits second in the table despite a horrible run of form that has seen him stand on a podium step just once in his last eight race starts. 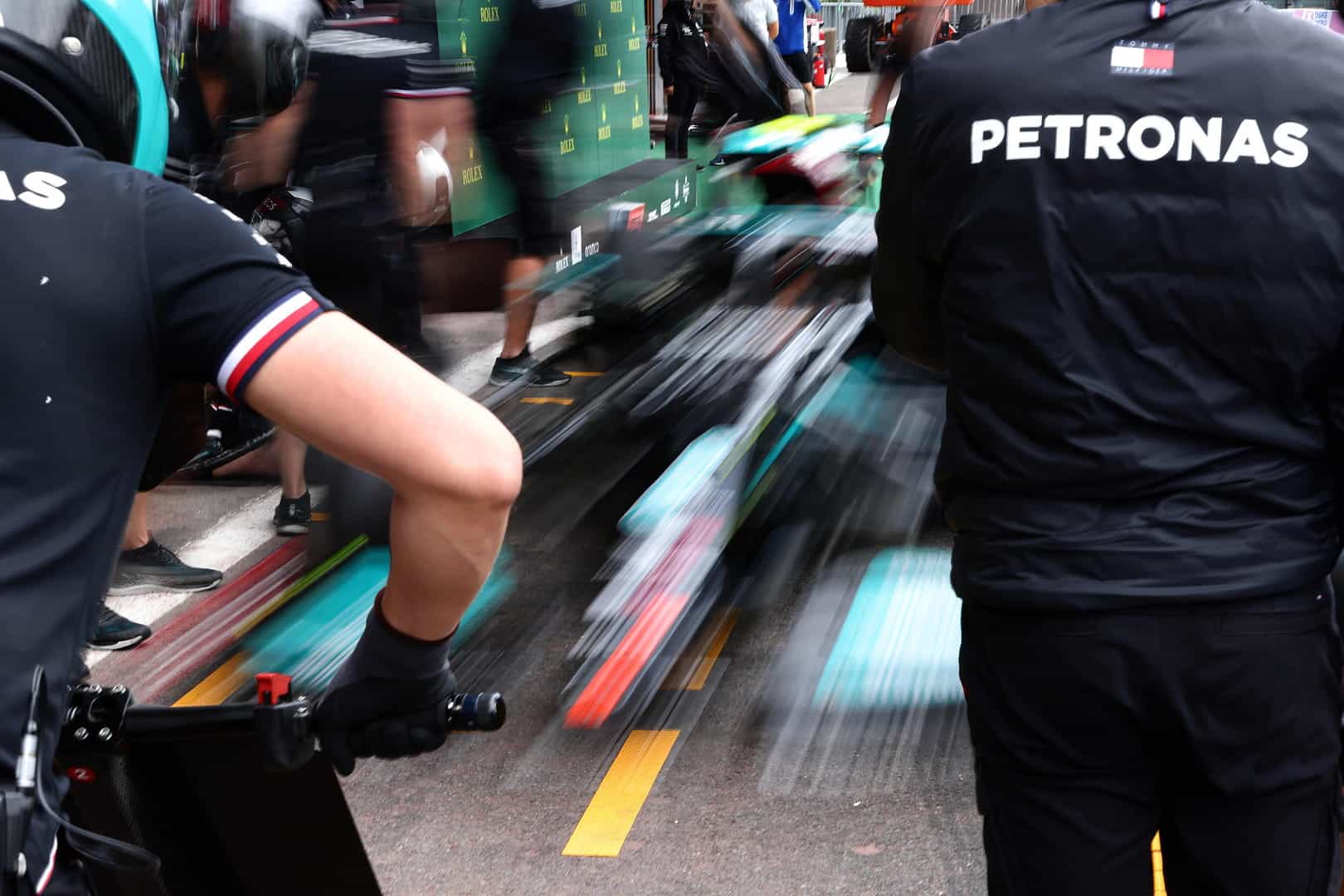 Amongst a host of markets, you can bet on the team that will perform the fastest pitstop at this weekend’s Belgian Grand Prix. ©MercedesF1/SteveEtherington

Lewis Hamilton has enjoyed far better fortunes in recent races. The Mercedes driver failed to collect any silverware in seven consecutive races. But a third-place effort in the Canadian Grand Prix in June has been followed by a sequence of four second or third-placed finishes. Hamilton, three times a winner at Spa-Francorchamps, can be backed at 6/1 to claim victory this Sunday.

Only six drivers are trading at odds under 200/1 in Sunday’s race winner market. Carlos Sainz can be backed at an industry top price of 10/1 at William Hill online bookmakers. George Russell’s best odds of 12/1 can be found at the Unibet sportsbook. Red Bull’s second driver, Sergio Perez, is 20/1 with most leading betting sites.

Rain can often play a part in the outcome of the Belgian Grand Prix, but forecasters believe Sunday’s race day will be warm and sunny throughout. Multiple cars will not be crashing out of the contest due to aquaplaning or a lack of traction.

As bookmakers are offering only places 1-2 as part of their each-way terms, there is little point in speculating about victory for one of the big underdogs. Remarkably, 10 drivers can be backed at odds of 1,000/1 or greater in the win market. Amongst those are proven race winners Valtteri Bottas, Pierre Gasly and the retiring Sebastian Vettel.

How to Pinpoint a Big-Priced Winner

Nevertheless, punters have many opportunities to identify a big price bet with genuine potential. The best online betting sites have 40 markets on various outcomes during the race weekend. Everything from the fastest driver in Friday’s first practice session to the last classified race finisher is on offer.

Of the more interesting propositions, Carlos Sainz could be over-priced at 18/1 to be the first driver to retire from the race. The Spaniard has already earned the unwelcome accolade in the Australian, Emilia Romagna and Azerbaijan Grand Prix this year.

The data also suggest the McLaren team should be backed to perform the quickest pitstop of the Belgian Grand Prix. Odds of 4/1 are available about the outcome. Understanding McLaren performed the quickest wheel change in the Austrian, Imola, Jeddah and Bahrain races during the current season, this is an attractive price.

A third suggestion is 18 or more classified race finishers. Every car that set out in Hungary – the most recent race on the Formula 1 calendar – was classified as a race finisher. For the most part, 2022s race cars are very reliable apart from times when the ambient temperatures surpass 30 degrees.

Sunday’s forecast temperature is 22 degrees, so hopefully, no more than two cars will suffer from mechanical issues or become embroiled in a race-ending collision. Thankfully, with its long straights, most overtaking maneuvers are completed away from the corners at this circuit. Statistically, the majority of race-ending collisions at all Formula 1 races happen while cornering. 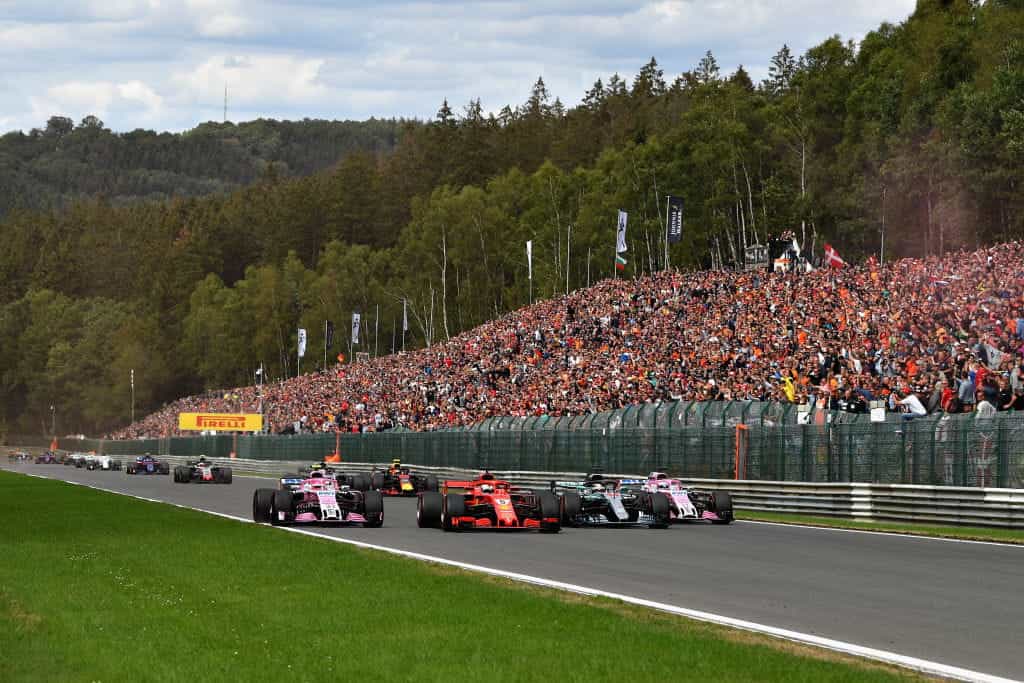