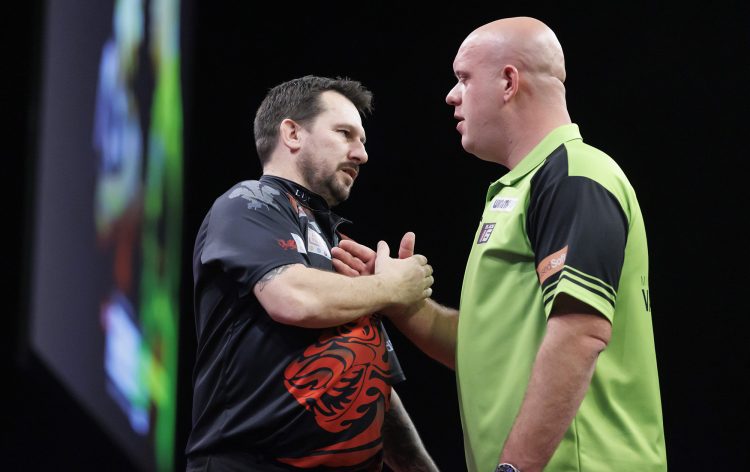 The results from last week’s Cazoo Premier League fixture in Aberdeen have had a profound effect on the league table. Quarter-final defeats for Gerwyn Price, Gary Anderson, Joe Cullen and Michael Smith have all but sealed their fate. 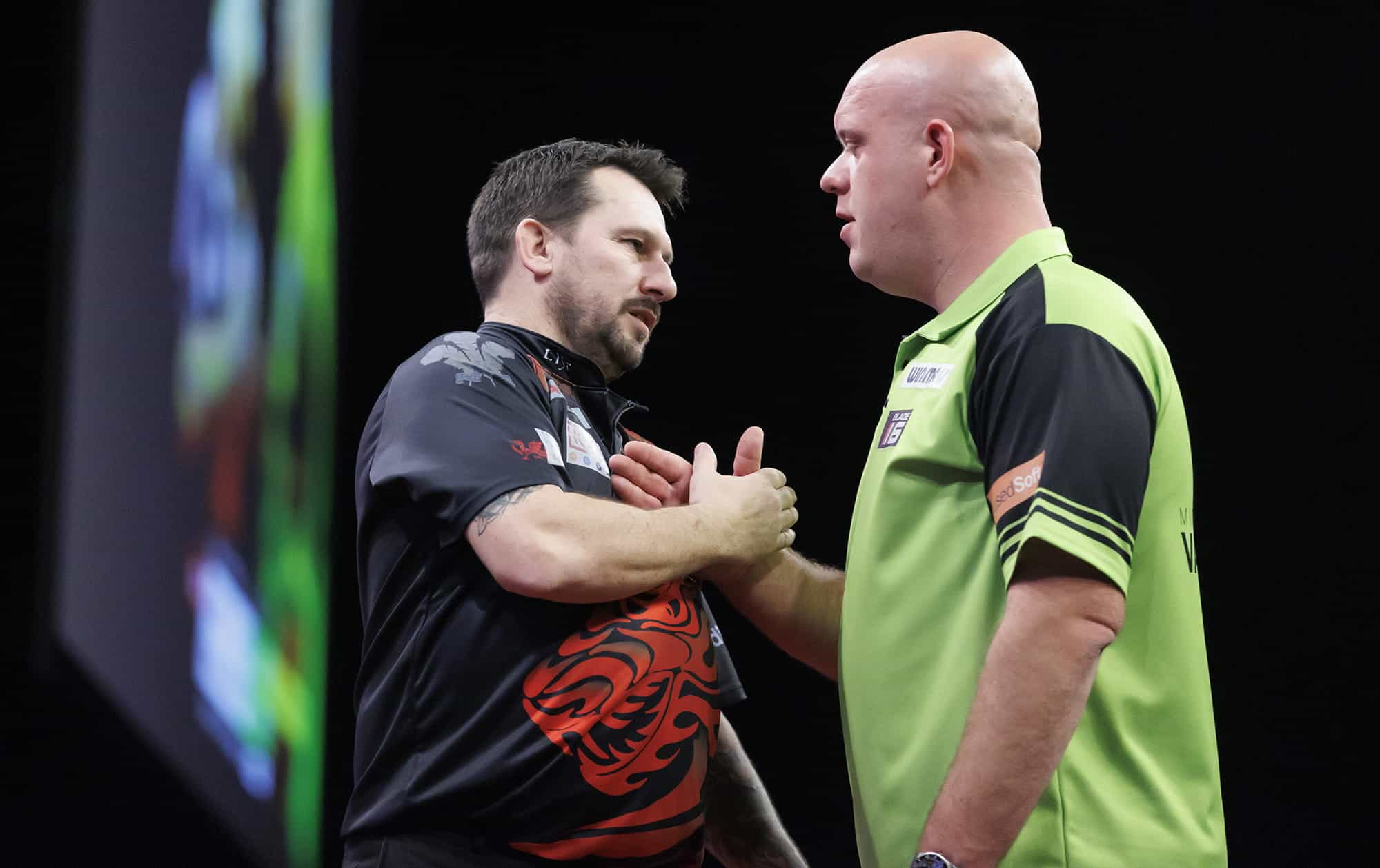 Jonny Clayton, in beating Michael van Gerwen in a raucous but high-scoring final, inched his way to the top of the current league standings. Semi-finalists Peter Wright and James Wade added two points to their totals.

With 20 points apiece, they stand five points clear of fifth-placed Joe Cullen. That player can be backed at 9/5 to sneak into the top four and make the semi-final stages of the competition.

The Premier League roadshow rolls into Dublin this Thursday. Except for the semi-final and final fixture – scheduled to take place in Berlin on June 13 – this is the only venue that does not give a player some semblance of a mentally advantageous home advantage.

Michael van Gerwen is a short-price to overcome James Wade in the opening match of the night. The pair have met three times during the 2022 Premier League. Van Gerwen holds sway with two victories.

The Dutchman does have superior statistics to his rival. He has won three nightly finals – compared to Wade’s one – and he has won 41 more legs than Wade since the competition began 11 weeks ago.

Given these statistics, van Gerwen can give his rival a start and a beating this week. The suggested bet is ‘Mighty Mike’, conceding a 1.5-leg start, at the 4/6 offered by the leading darts betting sites in the handicap market.

Gerwyn Price and Joe Cullen have plenty to play for. Sat fifth and sixth on the league standings, a deep run in Thursday’s mini-tournament and all future fixtures is vital to their chances of progressing any further in the competition.

Price has made a first-round exit in five of the past six nights. In the same period, Cullen has won, been a runner-up and a semi-finalist. On that basis and others – including Price’s exceptionally poor 180 scoring – Cullen is the obvious fancy at the generous 8/5 offered by Unibet sportsbook.

Michael Smith and Gary Anderson have been hugely disappointing throughout the competition. Smith is the match favorite but it is a difficult game to call. The best bet, at 8/13, appears to be in the 180s market where Smith is fancied to outperform his rival.

The 2022 World Championship runner-up has a superior league record registering 43 180s so far. Gary Anderson has recorded just 30 during the Premier League.

Exhibition Stuff from Wright and Clayton?

Jonny Clayton and Peter Wright could serve up a thriller. Wright has shown brilliant consistency and has won five of his last six opening-round matches. But Clayton has been in irresistible form, winning two nightly finals and two first-round games during the past month.

Four meetings in the 2022 Premier League see the scores stand at 3-1 in favor of Clayton. Their face-offs are often high-scoring affairs. When the pair met on March 31 both players averaged 103-plus and recorded a total of eight 180s during a 10-leg match.

More of the same is entirely possible, meaning the best sports betting sites quote of even-money about 5.5 or more 180s is the standout bet in this one. 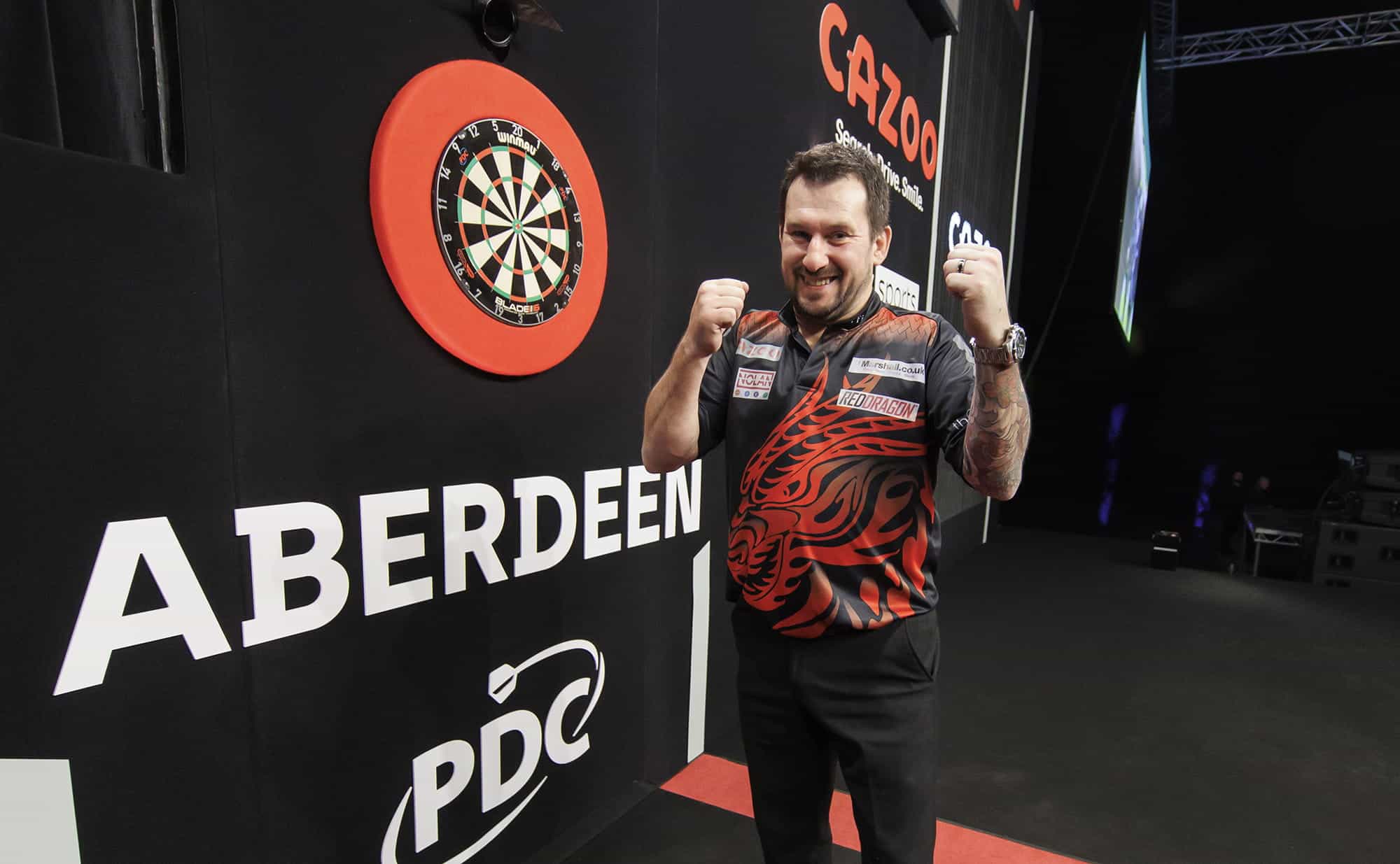