The first World Cup in the Middle-East is nearly upon us, what can we expect from Qatar and how are the betting companies evaluating the chances across the board. How the favorites are faring compared to the underdogs in the build-up makes a great indicator for the potential outcome of the tournament. Many protagonists from Europe’s most prestigious clubs will take the field for their country later this year. Anticipation is building, football’s biggest tournament is ready to make its return to our screens following an epic World Cup in Russia for 2018, the expectation of the 2022 edition is exceedingly high. 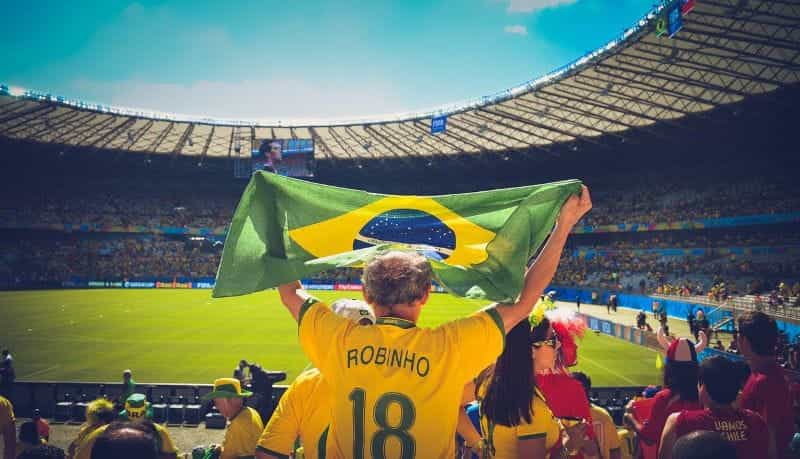 The Qatar World Cup 2022 winner is still a difficult one to call, edging as a slight favourite is Brazil – with their fantastic squad stacked with young-talent and experience, it is easy to see why bettors are backing them to win the tournament. ©Pexels/Pixabay

Fans want goals, drama, and moments. Football is all about those match-defining moments. The power of the World Cup and the general allure of this tournament boils down to a few fundamental first principles about the appeal of sport. Primarily, the stakes could not be higher than representing your country in the World Cup. As the world’s favorite sport, the World Cup represents a competition that is bigger than the general trials & tribulations of competitive domestic football. The FIFA World Cup raises the stakes to atmospheric levels, making victory taste so much sweeter, and defeat more debilitating than any other loss taken before it.

Another fundamental principle that drives excitement for the World Cup is certainly the competitive nature of the qualification process. Only 32 teams are able to compete in Qatar, and for the previous two years there have been regional tournaments held around the world to determine who would make it to finals. This process always throws out unexpected outcomes; this year major shock non-qualifiers include Norway with their prodigy striker Erling Haaland, and Italy – who, unbelievably, missed out on qualification less than a year after being crowned champions of Europe winning the UEFA EURO 2021.

Despite some massive omissions from the tournament this year, the majority of the world’s top players will be present at this World Cup. Brazil, Belgium, England, France, Spain, and Argentina seem to be the strongest contenders at first glance. But as has happened so many times at major international tournaments, several of the favorites will drastically under-deliver, paving the way for an underdog to come through and challenge the status quo. Ultimately, there are a few interesting dynamics that lead this writer to fancy Argentina at this year’s World Cup, namely Lionel Messi signing off his World Cup career. Dependant on the outcome of Finalissima in June, this prediction may receive more consensus support.

What to Expect from Qatar World Cup 2022

The controversy and the criticism of the organization and selection of Qatar to host the tournament has been profound, and perhaps the most amplified condemnation ever received by FIFA over their planning and implementation of the tournament. One can only understand the justified concerns, mistreatment and abuse of construction workers building the necessary infrastructure has been widely reported on – but as a reminder, approximately 6500 migrant workers have died on construction sites in Qatar due to unsafe working conditions during the multi-year project for the World Cup. The shocking death-toll of these construction workers is a brutal reminder of the lack of justice and basic human rights that this society operates under.

Given this morbid pretext, it is no surprise that several international football federations around the world have toyed with the idea of boycotting the World Cup. The movement to boycott is a difficult one to build momentum around, as FIFA stacks more and more incentives on participation – mostly financial – in the build-up to kick-off. Nonetheless, the calls for action have not fallen on deaf ears, and spectators of the Qatar World Cup 2022 can expect activism and protest to be an active part of the overarching narrative during the tournament.

On the field and back to the football, it’s a major time for betting companies to speculate and stimulate excitement around these games. Markets are fluid and consensus around a winner has not year appeared. With the national squads soon to be announced we expect sharp movements not to be too far away. The announcement of player rosters will give the punters the necessary information and ammunition they need to make the right call on the day of the match.

As an early indication on the balance of the outright markets, that being the winner of the World Cup, Brazil are edging slightly favorite @ 5.50 ahead of England @ 6.00. The long-odds even of the favorite in the tournament tell a lot towards how unpredictable this tournament is going to be. Strong outside contenders worth considering would be Denmark @ 29.00 – especially considering their brilliant performance in the EUROs last year. For deeper context on the balance of chances, the hosts Qatar sit at a very long @ 351.00 to win the tournament.