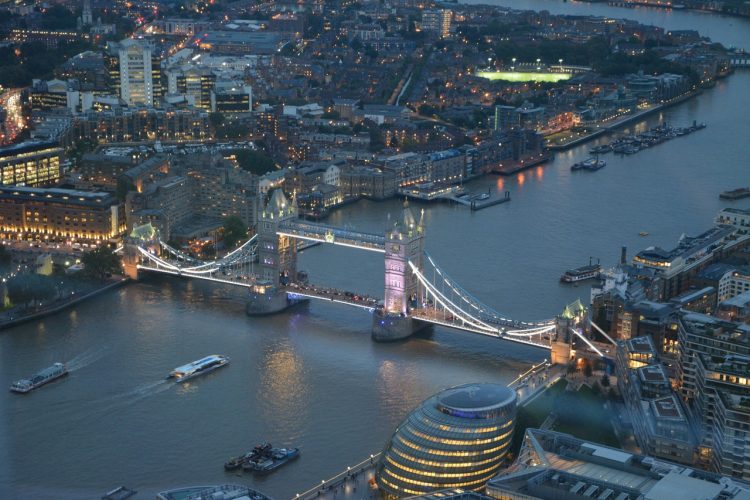 Leicestershire entrepreneur James “Jimmy” Thomas has passed away, following a brief period of illness. The businessman is credited with revolutionizing the UK’s casino and gaming scene over the course of his lifetime. He is most widely remembered as the co-founder of London’s Hippodrome Casino, returning the historic establishment to its former glory. 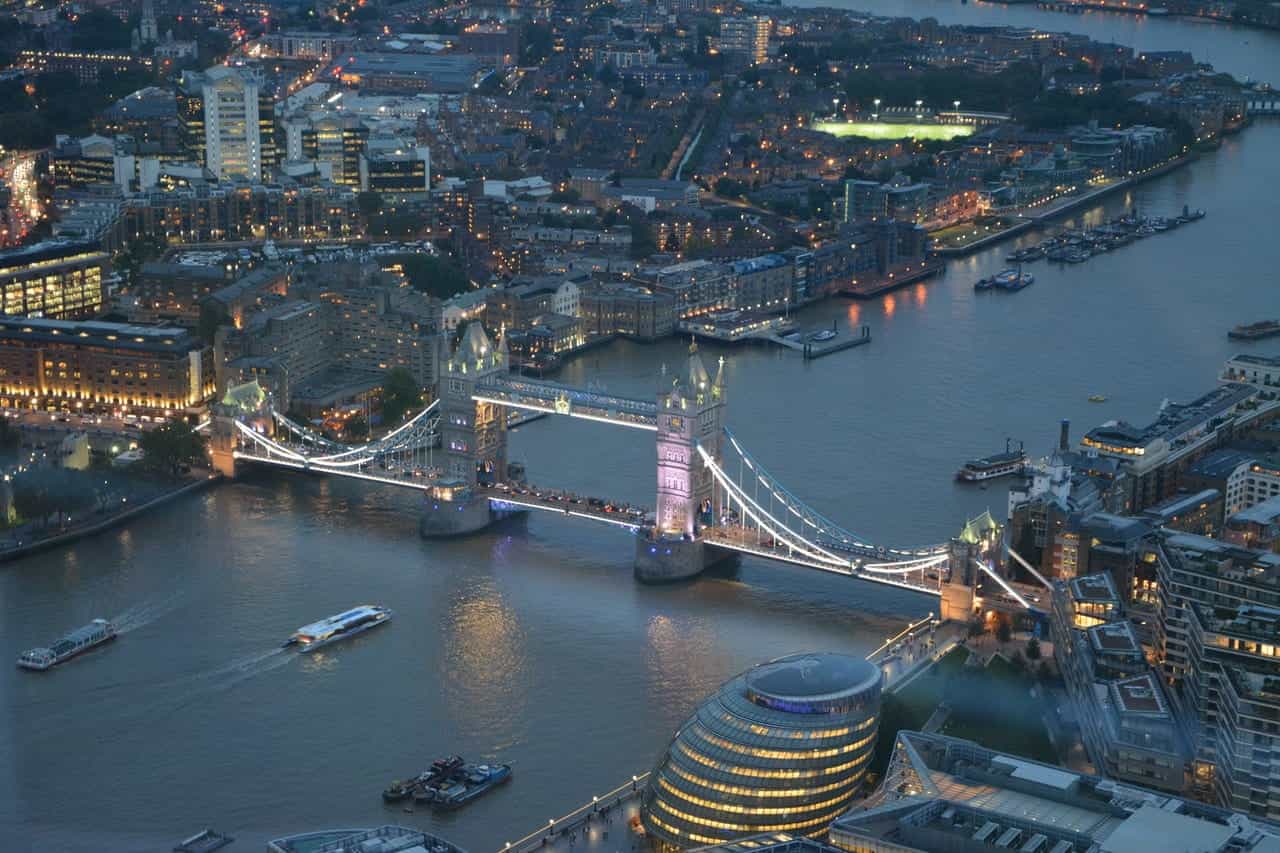 Under the leadership of Jimmy Thomas, the Hippodrome Casino in Leicester Square has become a jewel in the crown of London.
©Nicole Rathmayr/Pexels

It has been announced that President and Co-Founder of London’s Hippodrome Casino, Jimmy Thomas, has passed away. Thomas died in his sleep on Saturday July 30th at the London Clinic, following a short illness. The 88-year-old was surrounded by members of his family.

Thomas leaves behind a son and two daughters, Simon, Lisa and Carla, from his marriage to Alma, who passed away in 2008. He also leaves son Jordan and second wife Karina, as well as seven grandchildren and three step-grandchildren.

Jimmy is remembered as an icon in the British gambling scene. His most notable achievement was opening the famous Hippodrome Casino in London in 2012. By that time, he was already a seasoned veteran of the industry, having followed his family trade into the world of casinos.

Thomas was born in Loughborough in 1934 to a family that had for seven generations been involved in the UK’s leisure and gaming scene. Following his education at Uppingham School in Leicestershire, Thomas was keen to make his own mark on the industry and live up to his family’s entrepreneurial spirit.

In 1956, at the age of just 22, Jimmy opened his first casino. After travelling around Europe and America, Thomas decided to introduce a flavor of the glamorous casinos he had encountered to his local area. The Hurst Hotel in Quorn, Leicestershire was to be the first of many, as he went on to launch establishments in Nottingham and Derby.

In 1959, he opened the Kahlua coffee bar in Loughborough’s Swan Street. The bar was unlike any other that customers had encountered, and was decorated with huge hand carved heads in the style of those found on Easter Island. The bar, which was open day and night, earned a reputation for its lively music.

In 1965 he opened the La Ronde Casino and Cabaret Club in Loughborough, one of the first of its kind in the area. The popular Parisian-themed venue hosted some of the most famous stars of the time, including Tommy Cooper, Bruce Forsyth, Lulu and Diana Dors. The slot machines that he imported to the casino were an innovative addition at the time, and proved extremely popular amongst young people.

During the early 1960s, the entrepreneur also founded Thomas Automatics Co Ltd, a company that would go on to become one of the world’s biggest producers of amusement and leisure equipment. The firm, which deals in the manufacture, design, supply and export of machines, is still going today.

Thomas went on to found Showboat Holdings Limited, which was made up of a number of companies. Amongst these was Showboat Entertainment Centre Limited, which expanded to become the leading privately owned group of amusement centers in the UK. Jimmy’s Showboat casinos were well-known for their electronic gaming and slot machines.

Thomas was also responsible for the launch of Beacons Entertainments Limited, a market leader when it came to operating innovative and fashionable bingo and social clubs. By this point the entrepreneur had established himself as a pioneering force in the UK’s gambling sector. However, the best was yet to come for Thomas.

In 1987, some of Thomas’ companies were sold to the Rank Organization. At the same time, some of his companies were demerged and retained by the Thomas family. This restructuring led to the creation of parent company Thomas Holdings Limited. Thomas led the company as Chief Executive, and his son Simon joined as Managing Director.

The businessman’s Showboat and Beacon companies continued to operate until 2006, when the group was sold to Mayfair Acquisitions Co Limited. Riva Gaming Limited managed the venues’ operations until it was purchased by Praesepe plc.

In 2009, the father and son team started their most ambitious project to date, acquiring the lease for the Hippodrome in London’s Leicester Square. The pair undertook an extensive restoration project, returning the century old building to its former glory. Thomas was faithful to original architect Frank Matcham’s plans for the Hippodrome’s use as a casino and entertainment venue.

Thomas was able to effectively double the venue’s floorspace when the adjoining Cranbourn Mansions building became available. The work was estimated to have cost more than £40 million, and was in part funded by the sale of a number of Thomas’ bingo halls. On July 13th 2012, then Mayor of London Boris Johnson opened the Hippodrome Casino.

The following year, the casino was named Best Land-based Casino by the Totally Gaming Awards, and Thomas was presented with a Life Achievement award for his years of contribution to the gaming and entertainment sectors. The same year, he was also honored on the BACTA Wall of Fame, an association of which he was a life member.

The Matcham Room at the casino is currently home to Magic Mike Live London, and is a huge draw to tourists visiting the capital. Jimmy recently celebrated his 88th birthday, hosting a party at the Hippodrome. His passing over the weekend came before he could see the latest round upgrades to the casino completed.

Jimmy’s son Simon led the tributes to his father, describing him as “respected the world over” and “one of a kind”. The Hippodrome Casino also paid tribute to its co-owner, publishing a statement on his passing on Twitter. It said:

“He was an inspiration to colleagues and welcomed every customer with his megawatt smile. Jimmy, you’re an industry legend and the Hippodrome is testament to your drive and ambition. We’ll continue to do your memory proud.” 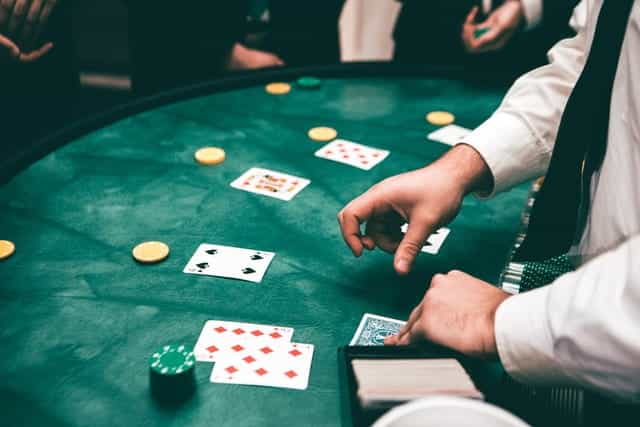