British bookmakers have donated £1.2 million in profits generated at last week’s Royal Ascot to charity. The sum, raised at the Britannia Stakes race, will be shared out amongst a selection of deserving charities. This year marked the first since the pandemic that spectators were allowed to attend the Royal Ascot at full capacity.

Racegoers have to adhere to a strict dress code at the Royal Ascot. ©The Lazy Artist Gallery/Pexels

A Win for Thesis

The Betting and Gaming Council has announced that UK charities will benefit from profits made at last week’s Royal Ascot event. Members of the industry body have agreed to donate £1.2 million, which will be shared out amongst the charities. The donation will be divided amongst five worthwhile charities.

The recipients selected by BGC members are ABF – The Soldiers’ Charity, Sue Ryder, Ascot Racecourse Supports Community Fund, The Ivors Academy Trust and Cotswold Riding for the Disabled. The donation raises the total raised for charity through the Britannia Stakes and Virtual Grand National by BGC members since its formation in 2019 to £5.5 million.

The money was raised after jockey Ryan Moore rode Thesis to victory at this year’s Britannia Stakes race. The 14 – 1 shot fended off all the competition, including Saga ridden by racing star Frankie Dettori. The Queen had had high hopes that two of her horses would win their races at this year’s Royal Ascot, in what would have been a crowning send-off for her Platinum Jubilee celebrations.

Dettori and Saga were runners up in the Britannia Stakes, in what proved to be a nail-biting finish. Dettori also represented the royal silks in the Hampton Court Stakes, riding John and Thady Gosden-trained Reach For The Moon. However, Her Majesty’s hopes of a 25th winner at the meeting were dashed, when Adam Kirby rode Claymore to the finish.

The Queen’s lifelong passion for horses is well known, but this year marked the first time since her coronation that the monarch did not attend the royal event. Over the last few months, the Queen has experienced ongoing mobility issues, forcing her to withdraw from a number of public events. It is thought that she enjoyed watching the races on television from the comfort of her home.

“It’s great news that BGC members have once again made such a big donation to a number of brilliant charities. BGC members support the jobs of nearly 120,000 people and we are proud to back so many good causes in so many local communities all year round.”

Continuing, Dugher spoke of his pride at the close relationship that the BGC has built with British horse racing. He described this year’s Royal Ascot as an extra special event thanks to the Platinum Jubilee and the return of spectators to the Berkshire meeting. Dugher thanked BGC members for their generous contribution, Ascot for their support and customers who enjoyed a flutter on the race.

The 2020 Royal Ascot took place behind closed doors, due to the Covid-19 pandemic. Guests were able to return to the event in person for last year’s event, but capacity was limited to 12,000 visitors each day. This year’s event saw a return to form, with 300,000 racegoers in attendance over the course of the five-day event.

The royal horse racing festival is one of the biggest on the racing calendar and has become equally famous as a fashion event. Attendees are required to stick to a formal dress code of morning suits, smart dresses and hats. However, a heatwave saw temperatures reach as high as 29.3°C on the third day.

Spectators were allowed to bring their own water and soft drinks to help combat the soaring heat, and for the first time in the race’s history, men were allowed to remove their ties. After the royal precession, dress codes were relaxed for the safety of guests.

The £1.2 million donation given by BGC members was gratefully received by the charities. Director of Fundraising at Sue Ryder Caroline Graham took the opportunity to thank members for their generosity. The Queen is a patron of Sue Ryder, a charity that offers palliative, neurological and bereavement support.

The Ivors Academy Trust benefitted from members’ Britannia Stakes donation for the first time. A spokesperson for the trust said that the contribution would help it to create life-changing opportunities for disadvantaged songwriters and composers, helping them to further their careers.

ABF The Soldiers’ Charity received a donation after last year’s race, and was grateful to have been included again this year. As the Army’s charity, it supports 60,000 people in 63 countries all over the world. The charity works to support serving soldiers, veterans and their families, combatting hardship.

Ascot Racecourse Supports Community Fund is focused on supporting the local community around Ascot, as well as partnering with equine charities. Since its launch in 2017, the charity has helped thousands of beneficiaries through a dedicated fund of £35,000 per year.

BGC members donated all profits from single and each way bets for the Britannia Stakes placed online and at high-street bookmakers. Leading operator Flutter, which is responsible for brands Sky Bet, Paddy Power and Betfair, was able to donate a total of £382,174 this year. Speaking on behalf of Flutter, Chief Executive Conor Grant stated:

“It’s a pleasure to once again be part of the BGC’s great initiative and we hope this donation will make tangible differences to the charities involved.” 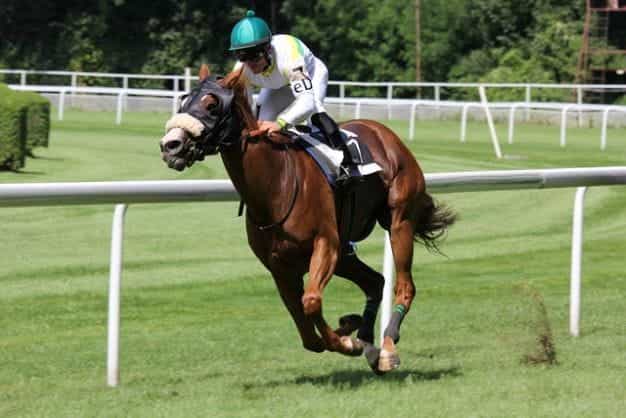